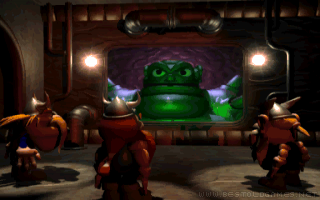 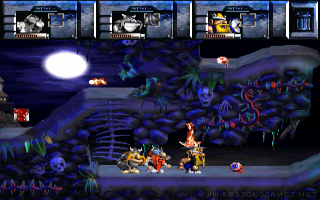 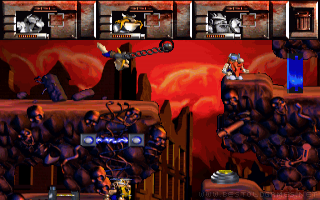 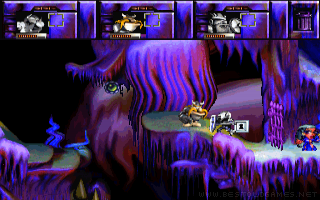 The first episode of Lost Vikings was very popular in the '90s, but few people know that the Vikings had also sequel: The Lost Vikings II (the game was released under the name Norse by Norse West: The Return of the Lost Vikings). Despite the great popularity of the first part, game Lost Vikings 2 was not very popular. Don't get it wrong, the game is very good, it has a very entertaining gameply, it just simply came too late - four years after the first parts and in 1997 it was not enough. Once again we can meet famous trio of Vikings: Erik the Swift, Olaf the Stout and Baleog the Fierce. Everyone of them has their specific characteristics, same as in the first part, but thanks to a modern inventions, they gain some new skills. Erik is not only fast, but thanks to turboshoes, he can run extra fast, Olaf has his shield to protect himself and fly, but now he can also miniature himself. Baelog has the sword, but now he can also use a special punching glove. The game is quite extensive, divided into 31 levels in 5 different worlds (for example, you find yourself in Transylvania, pirate world, or tropical jungle). Game has nice 3D animation movies, introducing the story.

Fury of the Furries