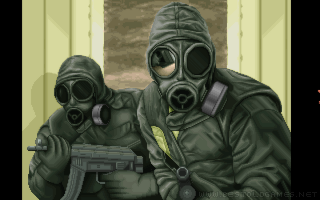 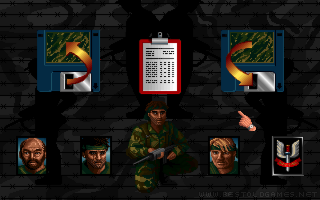 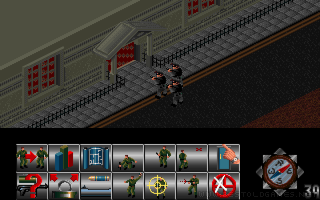 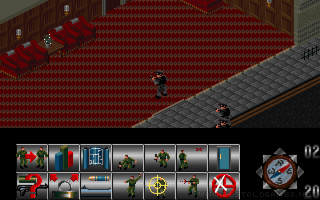 One of the best squad-level turn-based games ever made, Sabre Team was a minor hit on the Amiga for Krisalis, but failed to make any impact in the PC market, no doubt due to the (well-deserve) success of X-COM, a similar game that was occupying an obscene amount of my time-- and many others'-- in front of the computer. You take a role of a commander of a special forces, the player must accomplish five missions of counter-terrorism in different areas of the globe. Gameplay will be very familiar to X-COM fans: select squad members, equip them, and send them to tactical missions played out in nicely drawn isometric overhead view. In contrast to X-COM's user-friendly interface, though, Sabre Team's interface is very opaque, confusing, and leaves a lot to be desired. Although most frequently-used commands are laid out as icons on the main game screen, many common actions (e.g. equipping your agent with a new gun) still require more than a few clicks. The game also suffers from small quirks that together prevents the game from being a totally immersive experience. For example, an agent with a 99 marksmanship score can still miss ridiculously easy shots, and enemy AI leaves much to be desired. Despite interface woes and small annoyances, though, Sabre Team is still a great game once you get the hang of it.