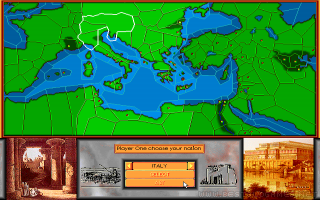 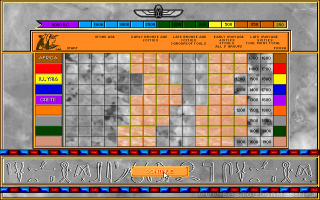 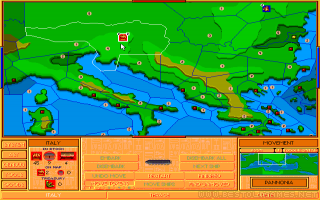 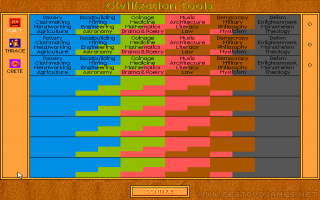 To avoid any mistake, I must say one important thing right at the beginning: this game has nothing to do with the well-known Civilization from Sid Meier and it is NOT a continuation, nor enhanced version. Those waiting this from the game, will be bitterly disappointed. Advanced Civilization is in fact a computer version of the classic board game, which existed long before Sid Meier created the legend computer game. Essence of the game is quite similar: you start with a few basic tribes, conquer new lands, build new cities, trade goods, so you can earn more money and figh with neighboring tribes for each area. But here the similarities end and the game system is very different from the classical game we all known. As it is a remake of a board game, authors tried to make a true copy, which is for computer gamers rather disadvantage. Graphics are so primitive, the authors relied on strategy, statistics, game system, but they have not adapted other elements for playing on the computer. Range of the game is also considerably smaller. While in the classical Civilization you're trying to conquer the whole world, here, you are only dealing with territories in the Middle East and only in the period from 8000 BC to the year 250 BC, so in the game you will meet only with ancient civilization. I recommend this game especially for fans of the board game.