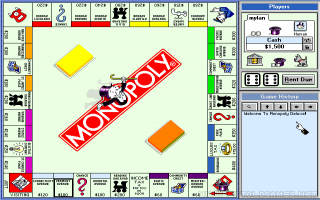 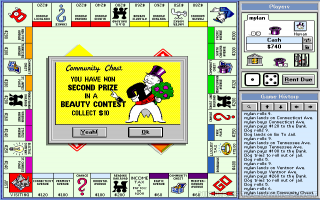 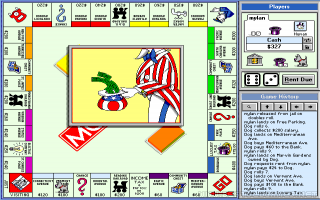 There are only a few board games, which can be recognized by almost everywhere in the world and one of them is with no doubt a Monopoly, which have been adapted into many computer games. First adaptation of this board game into a computer game came in 1985, but the first one, which has gained some popularity among the game players came in 1992 - Monopoly Deluxe. I think I don't need to explain the rules to anyone, they have not been changed. Great advantege of this game is there can be many players playing Monopoly on one computer, but you are also free to play alone, against the computer. When playing against the computer, you can play against multiple opponents and you can choose how smart your opponents are going to be. If you ask what are the main differences from its board version, it's really not much. As I said, the rules or cards have not been changed, but there are nice animations (if you are being put into a prison, have to pay taxes, earn money and many other activities in the game). Graphics also copies the board version, and I must say it's nothing impressive, but its good enough and it doesn't hurt the gameplay and entertainment.