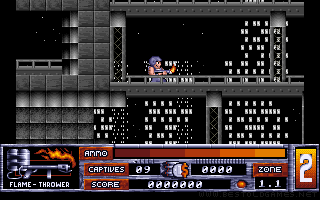 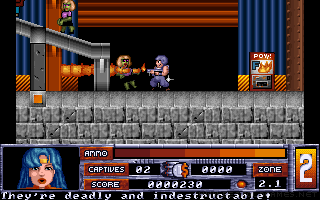 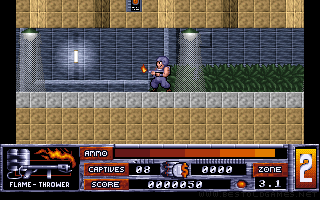 Alien Carnage is action old game, published in 1993 by Apogee Software. We gave this game stunning rating of 82 % and you can download it for free. Planet Earth has been invaded by aliens, transforming humans into a walking zombies, so they're easier to control. The only hope of humanity is Harry (the game is often also referred to the original name from 1985 - Haloween Harry), in which the role you put yourself you. You have to skip through many levels where you fight against all sorts of aliens and your mission is to free as many humans as possible and eventually save the entire Earth. During the game you will find different weapons, most have a very limiting ammo, so be careful what you shoot on. Game Alien Carnage is a great side-scrolling platformer that Apogee released in 2007 as freeware.