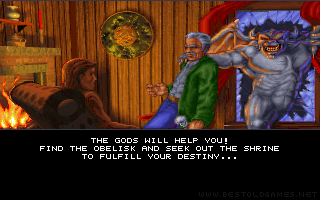 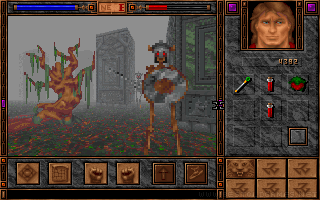 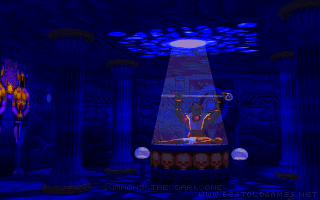 Shadowcaster allowed the player to take on the role of Kirt - the last survivor of a race of shape-shifters. Some of the forms the player can take include a four-armed cat creature, a hovering eye with tentacles and a dragon; each form having its own powers and vulnerabilities. Run, fly and swim through indoor and outdoor environments that include dungeons, caverns, castles, mines, volcanoes and aquatic caves.
Raven Software partnered with Id Software and Origin for the first time and began production of Shadowcaster in 1992. It utilized a hybrid engine that was created by Id Software's John Carmack as a successor of the Wolfenstein 3-D technology and the predecessor of the Doom engine.
Released in 1993, ShadowCaster revolutionized the first person shooter genre by allowing players to jump, fly and swim for the first time.