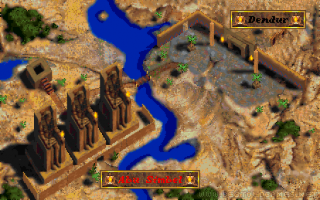 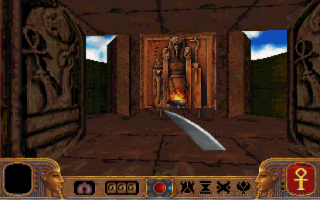 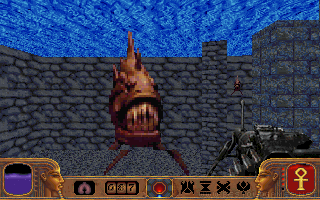 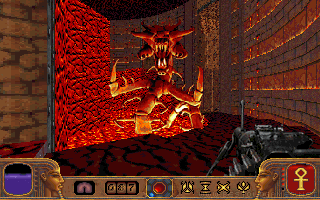 Most of the Doom clones, released in the 90s were very often just plain copies of original games, without any added value, or new ideas. One of the exceptions, that has brought many new ideas to the gameplay is a game Powerslave (European title was Exhumed). The game is set in the unusual environment of ancient Egypt and this is not the only one difference from the original game. You will be shooting mummies, weird animals, spiders, but you will be also attacked by small bugs (similar to Scarabeus). If you've ever played Half-life, many things will look familiar to you - for example, the small bugs that attack you appeared also in the first Half-life and they sound very similar, or when you dive into the water, you a big ugly fish is gonna attack you, similar to the one from Half-life (when you were trying to retrieve crossbow). I was unable to find more about these similarities, probably this game inspired developers of Half-life in some things. The game has an excellent graphics and really good, entertaining gameplay and will probably provide you fun for many hours.