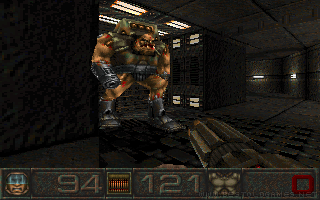 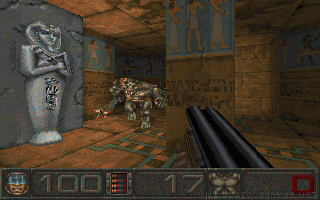 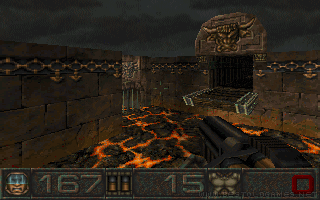 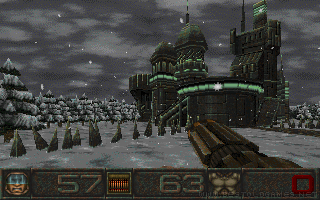 If the game Chasm: The Rift was released a year earlier, it would probably been a hit. The game, however, came a year after the famous Quake and till today it is referred as a low-quality clone of Quake, which is, in my opinion, wrong. Yes, the game is similar to Quake, but not at all inferior quality, and in some cases it is even better than Quake, definitely not worse. In the first levels you will notice that the game has great graphics, it uses atmospheric effects, a built-in mouselook and many other novelties, which were not present in 3D FPS games at the time. Graphics are generally better than Quake, details of individual levels are more sophisticated, there are more diverse enemies and weapons are better. The storyline is quite original. As a Marine you are sent to the power-plant to find out why there has been a loss of power. So you go to the plant and surprise, surprise, you meet a horde of monsters, who call themselves Timestrikers. Timestrikers are trying to create cracks in time in order to launch the invasion of Earth in three different time periods: ancient Egypt, medieval times and the present day. They have occupied the plant to create these cracks and also they could detonate a nuclear bomb to kill all mankind. As usuall, it is now up to you to save the Earth. The game begins in the present, but gradually you get to the different time periods in human history and even in the distant future, where you have to destroy the enemy base.

The House of the Dead