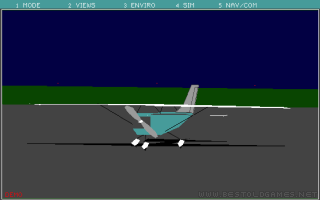 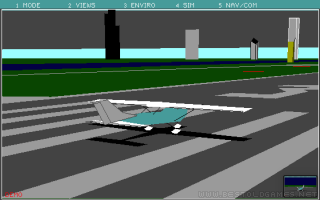 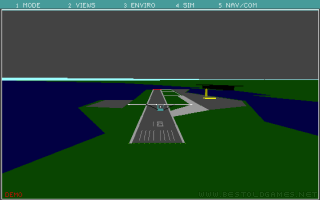 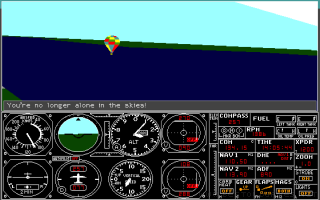 The fourth part of the Microsoft flight simulator was again created by Bruce Artwick. Visually, the game is very similar to the third part, more significant changes took place in the field of simulation. The Schweizer 2-32 glider with a different instrument panel was added to the available aircraft, and the Cessna Skylane model was also improved. However, in addition to these aircraft, you could create your own aircraft in the appropriate editor. In the basic version, 118 airports were available, at which the movement of other aircraft and vehicles was already visible. A random weather generator was also included. Over the next 4 years, many add-ons and game expansions were released. In addition to the traditional scenery from around the world, an upgrade has finally been released to support sound cards and higher monitor resolutions up to 800x600. Of course, there were additions with new planes, and the Adventure Module was also interesting, which enabled the creation and compilation of simple scripts run inside the game.