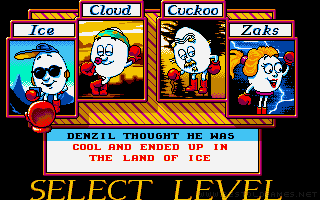 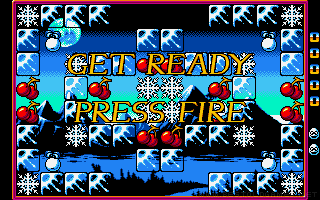 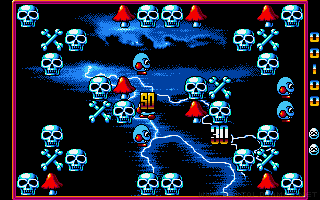 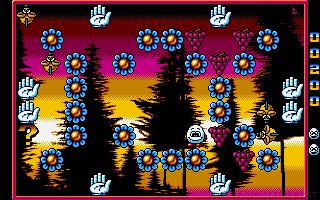 Dizzy used to be a very popular video game character in the early 90's and the company Codemasters tried to get the most from his fame. They have created several classic Dizzy games and in 1993 released a game, that is sort of mix between Sokoban and pac-man: Kwik Snax. In the game there are several characters from a popular game series - from Dizzy himself to his one love and grandfather. Each level is a some kind of maze in which you move and you can move with individual blocks. Various monsters are chasing you, but you can use blocks to imprison or kill them (better is to imprison them, so the won't appear back). After each successful round there is a bonus round, where nobody is chasing you, but if you decide to move Dizzy one direction, he won't stop untill he hits the nearest obstacle.