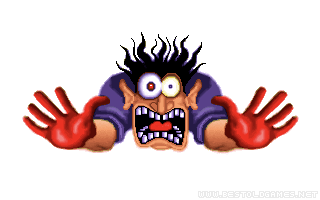 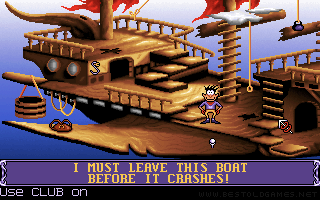 The number of Goblins with which you will play in the game can be very well estimated according to the name of the individual part and the number of Is in its name. While the first part was called Gobliiins (3 iii), you played with 3 Goblins, in the second part Gobliins 2 with only two, and since the third part was called Goblins 3 - you only go through the game with one goblin - James Blount. Blount is a reporter and is working for a newspaper on a new article looking for the mythical diamond of the world. Who owns this gem is always lucky and at the same time the gem gives him the strength to rule the whole world. Along the way, you will overcome a lot of obstacles, become a hero of many stories and manage to go through a voracious werewolf, or fall in love with a princess with slightly pyromaniac tendencies. Even if you play with only one goblin, Blount alone would not be enough to solve all the tasks, so in some levels he is helped by various characters such as a little magician or a confused parrot Chump. Although this is the third part of the series, it must be acknowledged that the author still managed to mix the right dose of humor, the complexity of logical puzzles and, moreover, with beautiful graphics, which ranks the third part among my favorites.