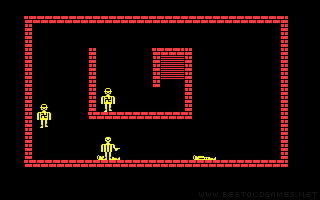 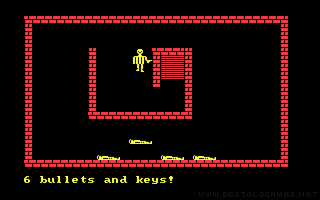 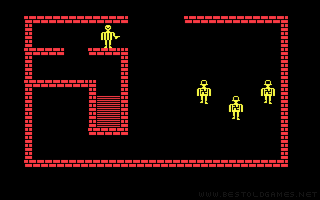 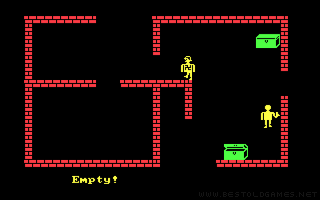 Although it may not seem like it at all, the Wolfenstein series is almost 33 years old. The first episode, simply named Castle Wolfenstein, created in the Muse Software workshops, saw the light of day in 1981 and was originally intended for Apple II computers. It cannot be said that the game was timeless and since then practically every good player knows this series, but it was an excellent introduction and the beginning of the expansion of both the stealth and FPS genres. The aim of the game is to walk through the castle rooms, find the Nazi war plans and escape safely. With each successful escape, your rank increases and thus the difficulty of the game. Castle Wolfenstein is unique in its possibilities, where you can wear a German uniform and ordinary soldiers let you be. In the same way, you have the opportunity to go through the game mostly without killing, thanks to the possibility of letting a foreign soldier surrender and only robbing him and possibly completely bypassing him. Two years later, versions for PC (MS-DOS), Atari 400 and 800 and Commodore Amiga were released. The game gained considerable popularity and it is no wonder that in 1984 the sequel Beyond Castle Wolfenstein appeared. Although this was no different from the first part, it was practically the same game, but the most fundamental change was the story, this time with the aim of getting a bomb and assassinating Hitler, similar to the one from July 20.