Ultima IV: Quest of the Avatar 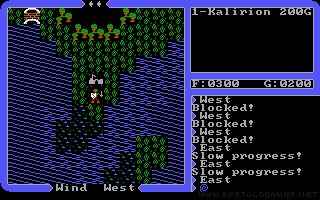 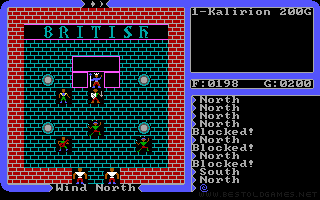 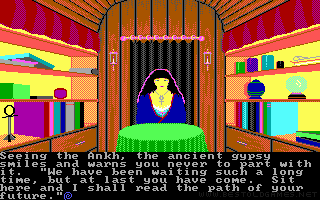 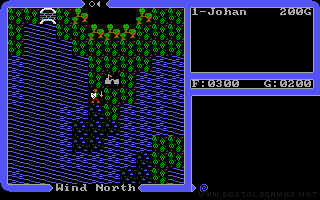 Ultima series is a legend in the world of RPG. The fourth game of this series was named Ultima IV - Quest of the Avatar, and this game has began a new trilogy set in the era of Age of Enlightenment (otherwise known as the Age of the Avatar). In 1997 the game was released as freeware, to help to promote a new game release in the Ultima series. After the defeat of evil triad in the previous three games, the world Sosaria has changed completely. New continents arose, others disappeared, new cities were built, which marked the arrival of a new civilization. Fourth game is still based in the same world of Ultima, but this world is completely different as we know him from the previous games.

Game is missing 4 things. To play the game you will need the map, the history of The History of Britannia, the book of Mystic Wisdom (spell book) and the manual - you have to read all of them. This game is about imagination and immersing yourself in a world.
map - https://wiki.ultimacodex.com/images/d/dc/U4map.jpg
spell book - https://www.oldgames.sk/en/game/ultima-iv-quest-of-the-avatar/download/4144/
History can be found in the download zip
Manual - http://c64sets.com/set.html?id=7

Best RPG of all time #

Still the most imaginative RPG of all time.