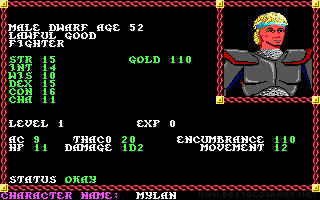 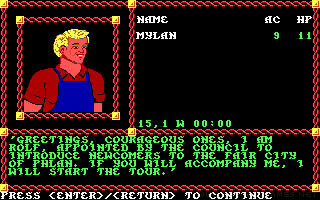 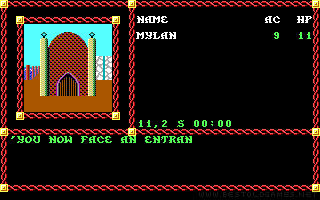 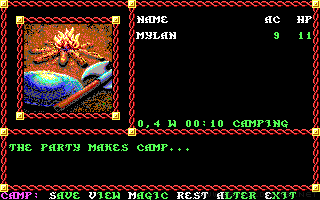 The game Pool of Radiance was a major breakthrough for RPG games - this is in fact the first adaptation of the paper rules of Dungeons & Dragons in the game world. The game is set in the world of the Forgotten Realms in city Phlan, once a prosperous trading town. However, the city gradually been occupied by monsters and people began to flee from the city, turning the city into ruins. City officials want to do everything possible to save the city and so prepared a plan to revitalize the city. Spread among the people, that somewhere in the vast, there is a hidden fortune and so four adventurous goes to Phlat to find this treasure and in addition, kill the monsters. As you guessed correctly, these four adventurers are exactly those, which you are in control. The game is the first to use game Gold Box Engine from SSI and you are able to transfer characters created in this game to the other parts of game series.