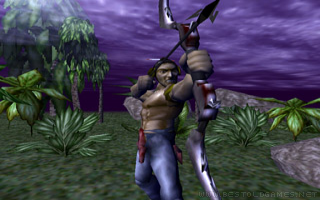 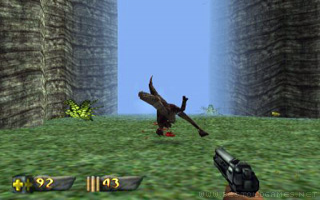 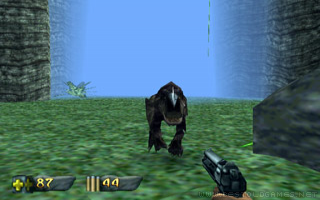 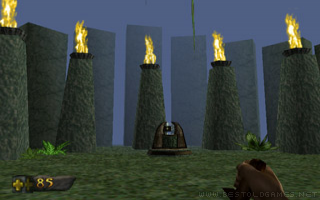 When this game came in 1997, many players looked at it with mouth open only in magazines and never had a chance to play it. It was because the game had at that time great demands on graphics, that only few computer could meet (something like Crysis of late 90s). Game Turok: Dinosaur Hunter thus shifted the whole genre of shooter games on another level further compared the games from 90s, especially with new beautiful 3D graphic. The story is quite original: the Earth is separated from the Lost World with invisible barrier. In the Lost world there are many dangerous creatures, including dinosaurs and alien invaders. Invisible barrier is protected by Turok (Son of Stone), a member of the tribe of Indians, and each generation chooses its Turok. You are playing the role of American Indian Tal'Set, who is chosen as a Turok and must protect the barrier between worlds to remain and keep the Earth safe from the monsters.