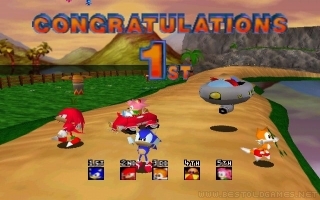 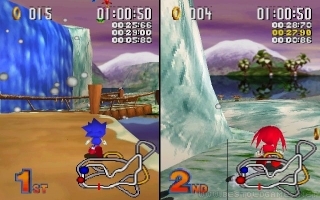 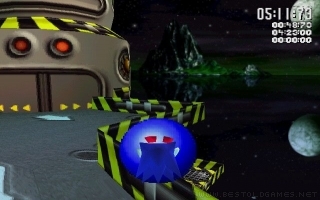 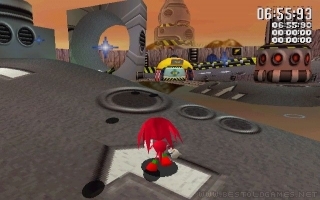 Sonic and Tails decided to take a short break and go on a trip. Along the way, however, Tails notices an advertising banner that invites everyone to the World Grand Prix. Although Sonic is the fastest hedgehog in the world, he doesn't want to take part in the race at first, not even at Tails' insistence. But when he finds out that the evil Dr. will also take part in the races. Robotnik, immediately changes his mind.

Sonic the Hedgehog, Sega's mascot, appeared this time in a relatively unconventional title. This is actually a racing game where four characters can race together (Sonic the Hedgehog, Tails the Fox, Knuckles and Amy). Whoever runs first to the finish line wins. You can unlock six more characters. The races take place on a total of five routes.

There are many game modes in Sonic R:
Grand Prix: You race against other characters on each of the circuits and have a chance to race against the level boss and unlock some of the other playable characters.
Time Attack: Run one of the tracks as fast as possible, get 5 balloons or mark 4 characters.
Multi Player: 4 players on a split screen or over a network. You can race with up to three players or challenge them to look for balloons. For 2-player games, the screen can be split horizontally or vertically.