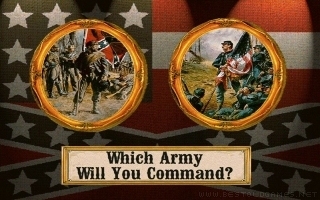 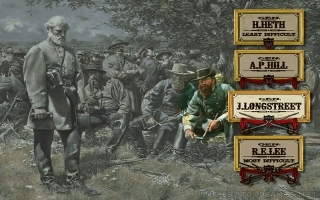 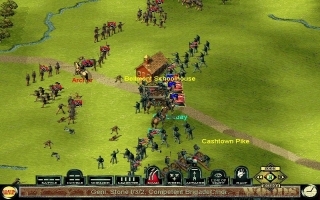 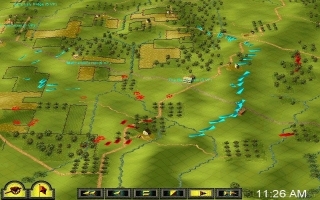 The game Sid Meier's Gettysburg! is focusing on a key battle of the American Civil War - the Battle of Gettysburg - in the form of a real-time strategy. The game is designed so that the correct handling of the terrain has the greatest influence on the successful completion of the battle. At the beginning of the fight, the player receives comprehensive information about the status of his and the enemy army, the number of combat-ready reserves, the nature of the terrain, etc., and most importantly, he is also acquainted with the tasks that need to be completed. Infantry, cavalry and artillery units are then available in the game itself. Each unit has its own unique characteristics, the volume of experience gained, the level of morale and the ability to fight in formation. In addition to the classic real-time combat, the title also supports a tactical mode, where the player carefully checks each action using checkpoints, and then just monitors the progress of the fight, which is already controlled by the computer. In addition to one big scenario of the whole battle from the perspective of both sides, the game also offers a fictitious campaign, consisting of seven parts, which are generated based on the player's progress in the first mission. In the interface of the game, complemented by briefings, one can feel the effort to evoke the atmosphere of the second half of the 19th century.