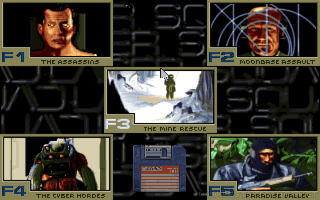 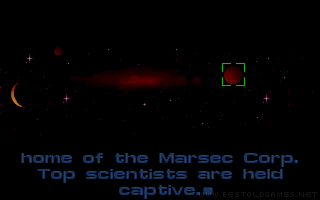 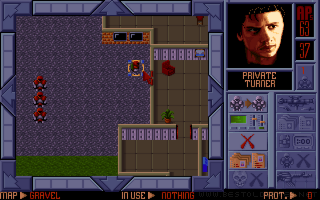 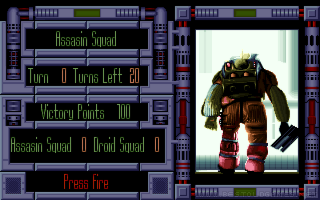 Laser Squad was a game originally released in 1988 for ZX Spectrum and later for example for Amiga, Atari, Comodore 64 and finally for PC, which proves its popularity. After launch, you can choose from 5 campaigns - The Assassins, Moonbase Assault, The Mine Rescue, The Cyber ​​Hordes and The Paradise Valley. This is followed by the selection of the number of players (1 or 2) and the level of difficulty 1 to 7. Next, you will look at the intro and briefing in one, where you will find out what the task of each campaign is. Exactly. In some campaigns it is a matter of beating everything alive and in others it is necessary to destroy terminals and databanks, save someone, etc. Then it is time to equip your units, deploy them on a map and finally the action itself can begin. A total of 8 soldiers are participating in the mission. Each of them has a certain number of action points, which depends on the load it carries. This means that the one carrying only light armor and a pistol will have more APs than the one carrying heavy laser and the heaviest armor. It is a compromise. A lightly equipped soldier is more mobile and can do more things for a round, but on the other hand he won't kill much with a pistol and light armor doesn't protect him that much.