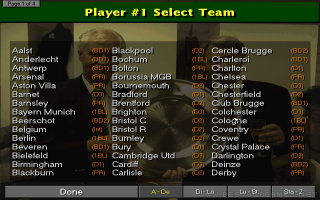 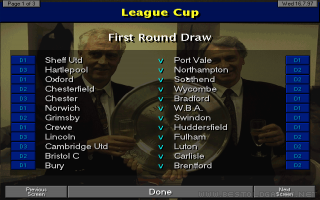 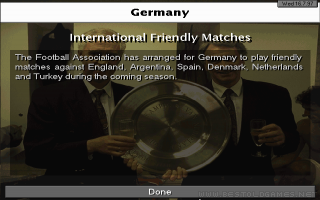 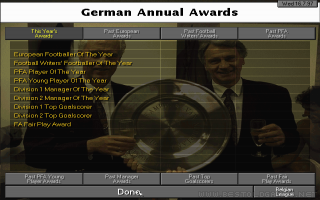 The next part of the famous series of football manager simulators and the last game from the series made for MS-DOS. The release of each new part is a big event, especially in the UK.

Like the previous parts, the game was created under license, so all team names and player names are real and correspond to the soccer 1997/1998 season. There are many clubs and nine championships of different levels. It is of course impossible to manage players directly during matches, but all managerial functions are available: trade players between clubs, organize trainings, form teams, choose tactics, manage substitutions during matches, etc. With the club, you try to succeed in the domestic league, or in one of the international club competitions.

The Championship Manager series is famous for its incredible detail and ability to control its team. The main emphasis is on your coaching activities. You determine team tactics, training, style of play or composition of the team. At the same time, you have managerial powers that allow you to trade with players, enter into contracts, communicate with the media, hire staff and develop club facilities. The championship manager has an inexhaustible amount of statistics and the characteristics of the players usually correspond to their real models. All interaction with the team takes place in text form, and this also applies to the football match itself. There are no "bonuses" like building and running your own stadium; and even the presence of a built-in editor.