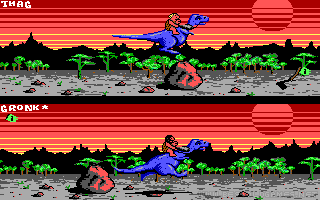 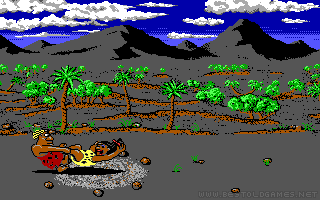 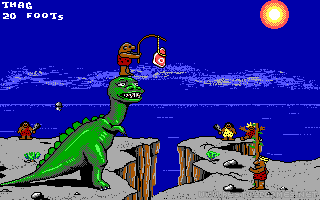 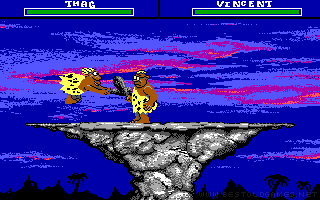 There are a few old games I remember the most from my childhood, among them, for example, the classic Winter Olympics (Winter Challenge), or prehistoric taxi driver (UGH!). Lately I have found that there is a sort of mix of these two games, named Caveman Ugh-Lympics. As I have already indicated, it is prehistoric Olympics and so are the discipline adapted to those times. Sabre race - an escape from the prehistoric sabre beast - run don't allow it to eat you; Mate Toss - like a real Neanderthal you will bring your girlfriend and try to toss her as far as possible; Firemaking - who is the fastest firemaker in the cave; Clubbing - standing on a rock and beating up the the opponent with a club; Dino Race - racing on dinosaurs; Dino Vault - pole vault over a dinosaur. The idea is really good, but what is worse are controls - the're awful. By using the keyboard you can use only arrows and enter, but some disciplines are really complicated. For a description of how to control the game, see the attached file _controls.txt