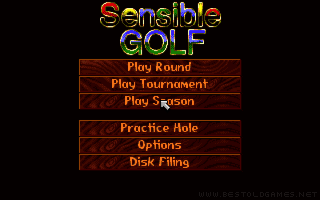 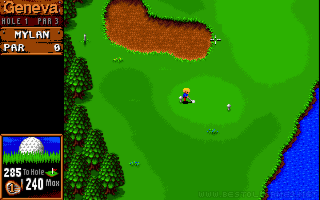 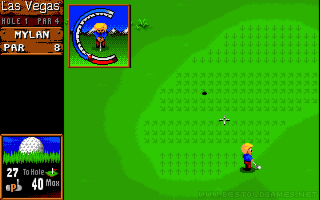 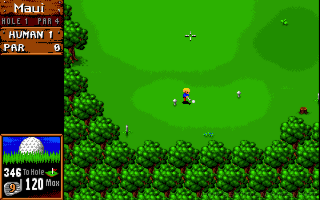 Sensible Golf is a game dedicated to a sport that does not need to be introduced - golf. The game had the same characters - similar to those previously used with great success in Sensible Soccer and Cannon Fodder, although after release it was considered a commercial failure and received rather negative reviews. Part of the problem was that it used the same game engine as Sensible's previous games, so it had to be designed as an arcade game rather than a serious golf simulation, which many critics said led to a reduction in its overall lifespan.

This version of the golf from Sensible Software boasts very simple operation, where almost everything is done for you by a computer. The preset selection can be canceled and adjusted according to your taste, such as picking a stick, the direction of the ball, etc. You focus mainly on hitting the ball. There are a huge number of courses in the game, which you look at from above, so you have a great overview of where there is something. You can choose whether to play training, match, tournament and you can also choose many different ways of scoring and winning.