BestOldGames.net » Adventure games » Call of Cthulhu: Shadow of the Comet

Call of Cthulhu: Shadow of the Comet 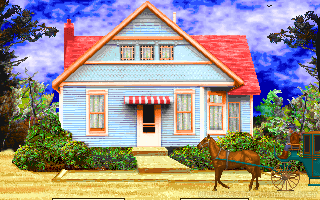 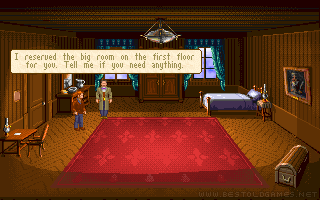 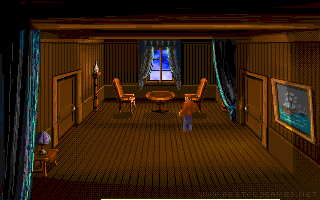 For several centuries humanity is fascinated by the passing of Halley's comet through the solar system and over the years many have produced legends and stories that are linked with it. One of those who were atracted by various mythical legends about the comet was the American writer H.P. Lovercraft, who has created a cult of Cthulhu - myth of the ancient nation, which for thousands of years awaits in the depths of the earth. The story about this cult was the main inspiration for the game Call of Cthulhu: Shadow of the Comet. The story is set in a small American town Illsmouth in New England and you find yourself in a role of the main character - a young scientist John Parker, who investigates the bad and weird things happening in this small American town. In his quest, he becomes a witness to various unexpected events and horrors, but he is trying to keep a clear head, so he can continue his investigations. The atmosphere of the game is really fantastic and you will often find yourself worrying about what's next. The game has a great cartoon graphics and even better story. The only complaint that I have about the game is its game controls. The game is controlled only by keyboard, you can not use the (smart) mouse cursor, as in most adventure games, so control is too complicated and everything takes much longer. However, if you manage to get used to keyboard controls, it is a great horror adventure, which you should not miss.

Alone in the Dark