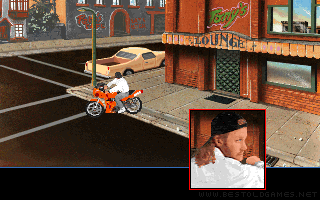 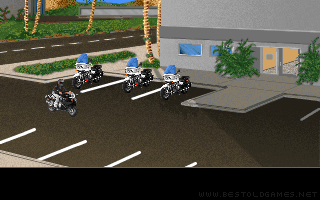 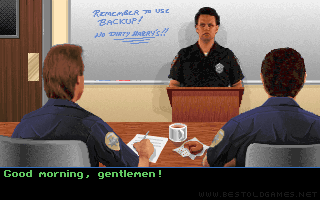 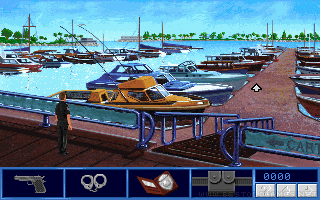 Nice cartoon adventure games belong to the best old games and they are also very playable, even today. Name of this nice adventure is Blue Force and as the name suggests, the main theme of the game is police environment / Law enforcement. You wear the classic blue uniform and investigate crimes. The story revolves around a cop Jake Ryan. When Jake was still a child, he witnessed the brutal murder of his parents. His father was also a police officer and all of these circumstances led him on a journey to become a cop, like his father. Any event which precedes the game is explained in a short intro. The game begins when Jake passed the police academy and started a new job at the Jackson Beach PD. He is put on the case in which the National Guards guns were stolen. Jake was only issued on the hunt for criminals who move around and gradually gets to the cold case murder of his parents. If the Blue Force reminds you some older adventure from Sierra (especially, Police Quest), it is no coincidence. Graphic of this game was created by Jim Walls, who previously worked for Sierra on their Police Quest series.