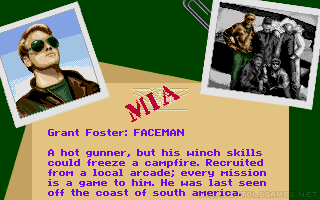 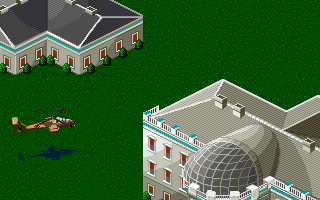 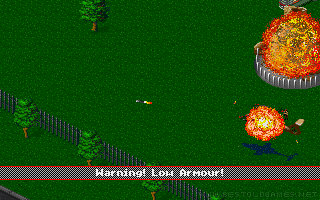 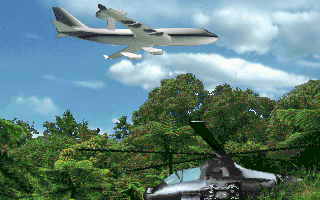 Helicopters and especially the military ones were very popular theme of old dos games. These games always had beautifully animated graphics and they offered a lot of fun for players. Jungle Strike is a sequel to Desert Strike. The first episode ended by the death of evil villain - General Kilbaba (Muababa). As it happens, the General had a son who has now decided to revenge the death of his father by destroying the USA. At the beginning of the game you start your first mission in Washington D.C., where you have to sa save embassies around the White House, which are being attacked by terrorists. However, as the very game name suggests, you will eventually fightoutside the USA and your missions will take place in the jungle of South America. Kilbabov son just hired a known narco-baron Carlos Ortega, who is also prepared to fight against the United States. Ortega is going to help him to prepare a nuclear weapon, while providing his large army of warriors. Your task is therefor very clear - get rid of this malicious duo and protect the world from the nuclear threat.