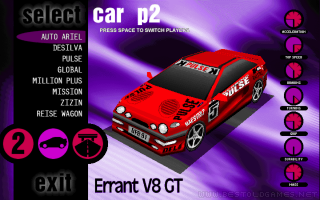 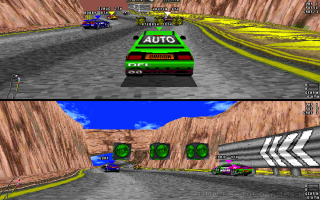 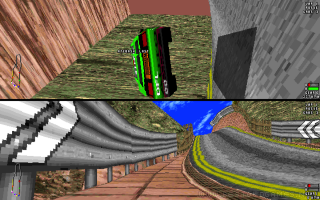 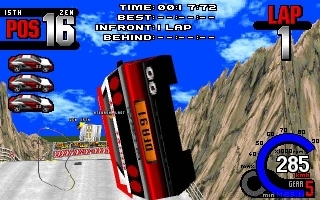 Fatal Racing, known as Whiplash in USA, is a 3D game - kind of hybrid between Stunts and Destruction Derby.  In the game you pick among a broad selection of cars and drives through tracks with loops, corkscrews, and jumps while trying to smash into other cars to destroy them and at the same time cross the finish line first. There is a variety of different camera views available in the game, "in-car", chase-cam, etc. The game contains several championships, which are gradually unlocked. There are 8 brands of cars differing in speed, acceleration, etc. In each race, 16 competitors compete with each other, two cars from each brand, whose points are added to the constructors' cup. The ride is enriched by a damage model, which rewards each major collision with the actors by permanently slowing down the car or even disqualifying it from the race. There are stable boxes on the tracks, where it is possible to repair the car during the race. Multiplayer offers network and split-screen enjoyment on a single computer. The names displayed for drivers of cars in the race not controlled by human players and all come from famous robot or computer characters from science fiction movies and television (Kryten from Red Dwarf, Slave from Blake's 7, Robby from Forbidden Planet, etc.).