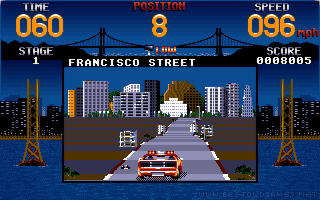 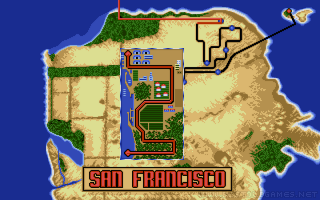 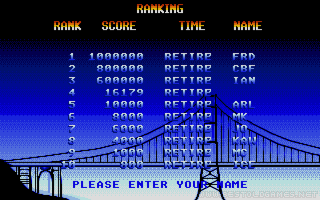 In Cisco Heat the player takes on the role of an officer who must race his squad car through San Francisco in an attempt to win the first ever 'National Championship Police Car Steeplechase'. The gameplay is similar to that of other contemporary racing games, with a two-speed shifter and a chase view. A key difference from other arcade racing games at the time is that the roads have 90-degree turns. It includes sights such as the famous trams and the Golden Gate Bridge. The player can pick from two police cars, one designed for power resembling the Cadillac Brougham, and another designed for handling resembling the Nissan 300ZX Z32.

Cisco Heat was designed by many former employees of Sega, who had left the company to form BitBox, which developed Jaleco Rally: Big Run. After Jaleco absorbed the company, the team began work on a spiritual successor to Big Run, which became Cisco Heat. The game was ported to several home computers in European countries, including the Atari ST, Commodore 64 and Amiga, all of which were published by Image Works. The arcade version of Cisco Heat was praised for its gameplay, presentation and controls, with one finding it to be a drastic improvement over Jaleco's previous arcade games.